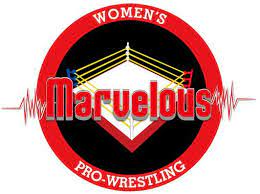 Hibiki pinned Ai Houzan after a lariat in 3:54.

KAORU and Mio Momono beat Tomoko Watanabe and Maria when KAORU pinned Maria with the Excalibur in 13:43.

Chihiro Hashimoto appeared after the main event and announced that she will also put up the Sendai Girls World Title and the Sendai Girls Tag Team Titles (which she holds with Yuu) in the main event of the GAEA special event "GAEAISM" on 6/13/21 at Ota City General Gymnasium. The reactivated vacant AAAW Single and AAAW Tag Titles were originally only on the line for the 6-man elimination match with Hashimoto, Iwata, and a mystery partner (Team Sendai Girls) vs. Mio Momono, Rin Kadokura, and a mystery partner (Team Marvelous) with the winning team getting all the titles.

Posted 6/07/2021 11:51:00 PM
Email ThisBlogThis!Share to TwitterShare to FacebookShare to Pinterest