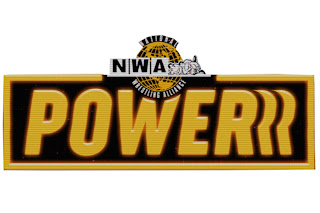 As reported on “Wrestling... with Demons” the other day, The NWA made a policy of banning fans from leaking the results at the 6/5/21 and 6/7/21 NWA Powerrr TV tapings in Atlanta, Georgia .W.W.D. reported that Lady Frost was part of the tapings.

Kenzie Paige was also part of the tapings. She was trained by Glenn Jacobs and Tom Princhard. She is a major force in the ring and behind the scenes for FLAWLESS Wrestling out of Tennessee at just 20 years old.

A singles match with Thunder Rosa vs. Kylie Rae was also taped for NWA Powerrr.

NWA Powerrr airs on FITE each Tuesday at 6:05pm EST for $5 a month.

Posted 6/08/2021 04:32:00 PM
Email ThisBlogThis!Share to TwitterShare to FacebookShare to Pinterest