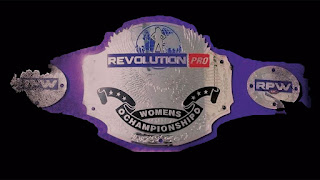 REV Pro in the United Kingdom announced that their Undisputed British Women’s Title which was held by Jamie Hayter is now vacant because Hayter was offered a WWE tryout. Former champions Zoe Lucas and Gisele Shaw will square off on 7/4/21 at the London Cockpit event to crown a new champion. Hayter defeated Shaw for the title on 2/7/21.

Skye Smitson also of the REV Pro women’s division has revived a WWE tryout as well.