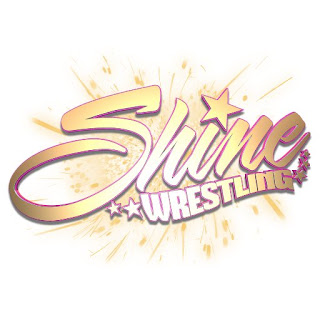 The pre-show saw Marti Belle and Allysin Kay talking about their SHINE Tag Team Titles shot tonight against Kimber Lee and Stormie Lee. Belle was trying to teach Kay anger management skills to calm her down. Kay still wants another shot at the SHINE Title too.

Lenny Leonard is back as the play by play announcer and he introduced Alyssa Marino in the ring as the newest member of the broadcast team. Trevin Adams remains as ring announcer. The ring mic is bad but it sounded like Leonard said Ayla is also on the broadcast team and she came to the ring. Looks like Ayla will be doing interviews and social media. Marino is color commentator.

ACR pinned Karma Dean after a high kick to the head. Ayla did an interview at ringside with ACR after. She said this is women’s professional wrestling and not a cat walk fashion show. She’s there to fight. She said nobody in SHINE took her seriously before but now everyone will recognize she’s a pro.

The Ayla segments are a chance for the women to get promo time experience on live camera.

Harlow O’ Hara pinned Kelsey Reagan after a Fisherman’s DDT. Vipress came out to watch the match but she didn’t interfere. After the match, she slithered over Reagan and raised O’Hara’s arm in victory. They refused to answer any of Ayla’s questions. Vipress shushed her over her mouth with a finger and walked to the back with O’Hara.

Amber Nova beat Sahara Se7en by arm bar submission in a back and forth battle that looked like it could have gone either way. Nova does a car mechanic gimmick. She gave Ayla a bunch of car puns. She wants to go after the SHINE Nova Title. Her submission finisher is cleverly called The Socket Wrench.

Erica Torres pinned Myka Madrid after her Circle Breaker finisher. Good match between two of the highly underrated regulars of the Texas indie scene. Vipress and Harlow O’Hara walked down to ringside at the finish. After the match, they joined forces with Torres and hovered around Madrid giving her the shush finger. They didn’t do an interview and walked to the back together.

Jayme Jameson is out at ringside with Allysin Kay and Marti Belle for the SHINE Tag Team Titles match. Leonard said Jameson isn’t medically cleared by doctors to compete but still a force to watch out for in the corner.

SHINE Tag Team Champions Kimber Lee and Stormie Lee beat Allysin Kay and Marti Belle when Stormie pinned Belle after Kimber’s swanton bomb. Jayme Jameson’s interference backfired and knocked Kay out of the ring twice at the finish. Lee and Lee started to get along in the post match interview but then they ended up bickering again when they couldn’t decide on their team name.

Natalia Markova is the current SHINE Nova Champion but only the SHINE Title is on the line in the main event.

The W.O.A.D. pulled Markova out of the ring as Ivelisse was coming out and rammed her into the ring post. Ivelisse got in the face of The W.O.A.D. as a bunch of referees, security, and EMTs came out to control The W.O.A.D. and check on Markova.

Ivelisse got on the mic and said people came to see a title match and demanded The W.O.A.D. face her. She did a flying body press on The W.O.A.D. and security. They brawled all over the building as Leonard questioned if it was even an official title match or not. He said The W.O.A.D. might be suspended after all that she’s done tonight.

Trevin Adams announced it was a title match once they finally got into the ring and the referee started the match. Adams went over to the broadcast table and told Leonard that Markova had been taken “to a local medical facility”.

SHINE Champion Ivelisse pinned The W.O.A.D. with an inside cradle after The W.O.A.D. charged at her in the corner but missed. After the match, Allysin Kay and Marti Belle ran in and immediately attacked Ivelisse. Referees and the locker room ran out to separate them. Ivelisse was able to celebrate a little once the chaotic scene was cleared.

There was a noticeable change to the announceing style. Leonard didn’t constantly name drop WWE and NXT like he was doing in the final days of EVOLVE in relationship to SHINE. The only time he mentioned WWE was in reference to WWE Hall of Famers who trained some of the women on the show. He did put over Cody Rhodes and the Nightmare Factory in Atlanta a few times. He also noted that Thunder Rosa, Jazz, and Rodney Mack own the Dogg Pound Dojo in San Antonio.