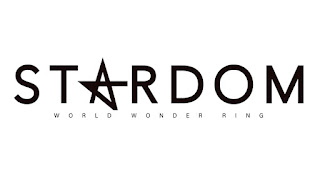 STARDOM results from Niigata, Japan 🇯🇵 at Joetsu Tourism and Commerce Center on 6/5/21:

Koguma pinned Lady C with a German Suplex in 5:59. This was the first official match back for Koguma in six years  She made a guest appearance in the STARDOM All-Star Rumble back in March which was won by Unagi Sayaka.

Saki Kashima won a 3-Way Battle Royal over Mina Shirakawa and Maika by pinning Shirakawa when it looked like Maika was about to win in 8:50.

Guilia, Syuri, and NatsuPoi beat Natsuko Tora, Ruaka, and Konami when Syuri pinned Ruaka after the Buzzsaw Kick in 17:18.

Posted 6/05/2021 01:48:00 AM
Email ThisBlogThis!Share to TwitterShare to FacebookShare to Pinterest