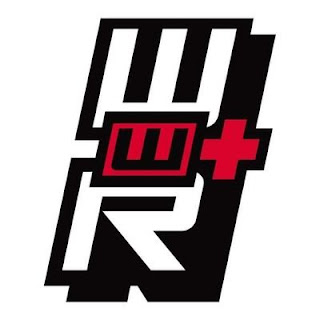 WWR+ results from Worcester, Massachusetts, USA 🇺🇸 at the White Eagle Hall on 6/20/21 live on IWTV:

Paul Crockett and Veda Scott are the broadcast team. Rich Palladino is the ring announcer.

Megan Bayne pinned Riley Shepard after a swinging uranage slam. Bayne does an elegant ancient Geek Goddess gimmick. She was accompanied by an unknown masked female as her servant. It was a long opener kept all in the ring and the servant did not interfere.

Ashley D’Amboise pinned Tina San Antonio with a roll up.

Kennedi Copeland beat Alisha Edwards by a cheap Disqualification when Edwards just randomly decided to leave the ring after having the advantage to bring out a kendo stick. She hit Copeland with it for the DQ then hit her again to break it over her head.

Little Mean Kathleen came out to the ring. She said her match would be an Open Challenge. Kaia McKenna answered it.

Jordan Blade and Eel O’Neal beat Becca and Erica Leigh when Blade submitted Becca to a knee bar. This was a highly entertaining and fun match that started off with mat wrestling then transitioned into high impact moves and high flying action. Paris Van Dale and Armani Kayos sat at ringside to watch but did not get involved. They cut an arrogant promo at Blade and O’Neal after the match then got into a brawl with Ashley Vox and Delmi Exo to lead into the next match.

Willow Nightingale pinned Masha Slamovich after two Death Valley Drivers followed up by a gut wrench powerbomb in a hard hitting back and forth contest. After the match, Tina San Antonio jumped Nightingale and threw her back in the ring for Slamovich to attack. Slamovich choked Nightingale and gave her a diving head butt.

WWR+ is back on July 18 here at White Eagle.

Trish Adora beat Davienne by Cattle Mutilation submission. After the match, Megan Bayne and her servant came out to the ring to try to intimidate Adora. Adora left the ring cautiously as Bayne posed in the ring to close the show.

Aside from a little bit of brawling on the outside in the last two matches everything was kept in the ring on most of the the show. There were no doors, chairs, tables, ladders, etc. used at all which was refreshing because it has been way overdone in pro wrestling the last couple of years. This event had good solid wrestling.

Posted 6/20/2021 07:05:00 PM
Email ThisBlogThis!Share to TwitterShare to FacebookShare to Pinterest