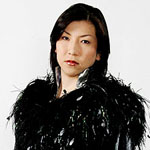 KAORU was injured on the Marvelous show back on 7/19/21 at Korakuen Hall in Tokyo. It happened during a hardcore 6-man tag team match with her, ASUKA, and Chikayo Nagashima vs. Mikoto Shindo, Tomoko Watanabe, and Yuki Miyazaki. She was on a ladder that tipped over sending her to the floor in a bad bump. ASUKA pinned Shindo to win the match after a moonsault off the top of a ladder.

KAORU ended up suffering a fractured knee and ankle. She was scheduled to have surgery today (7/29/21) and is expected to be out of action possibly six months. Back in December, she announced that she would retire in August as this is her 35th Anniversary in pro wrestling. That 8/8/21 Marvelous show at Korakuen Hall will still go on as of now despite her injury and the ongoing virus pandemic. It will be a celebration of her anniversary and not the planned retirement match and ceremony (they will also celebrate the pro wrestling anniversaries of Chigusa Nagayo and Mikoto Shindo). She plans to make a comeback for a final match and have her retirement celebration at a later date.

She has had several bad injuries during her career including a broken femur, a broken heel, and a torn ACL.

Posted 7/29/2021 01:46:00 AM
Email ThisBlogThis!Share to TwitterShare to FacebookShare to Pinterest