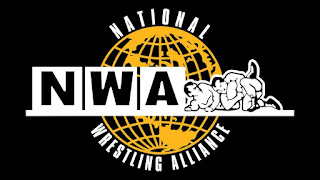 Mickey James officially announced Chelsea Green will be part of the all-women NWA Empowerrr pay-per-view on FITE on 8/28/21 from St. Louis and live on FITE. It confirms what we first reported on 7/28/21.
https://www.joshisuntimes.com/2021/07/chelsea-green-to-work-nwa-ppv-pulls-out.html
Renegade Wrestling Revolution has postponed their 8/27/21 “Too Hot To Handle” event in Texas City, Texas, not only because of Green pulling off the card for NWA Empowerrr,  but we were told today “a few other girls” who were booked are apparently also going to be at NWA Empowerrr. Those names weren’t given to us, but here was the scheduled women’s matches for  “Too Hot To Handle”:
Chelsea Green vs. Raychell Rose
Diamanté vs. Rok-C
Jazmin Allure vs. Promise Braxton
Vipress vs. Leila Grey
Danni Bee vs. Mia Friday (originally planned as Danni Bee vs. Hollyhood Haley J)
Alejandra The Lion vs. Amber Rodriguez
As far as the rest of the NWA Empowerrr show goes so far, the winner of tonight’s Leyla Hirsch vs. The Bunny match on AEW Dynamite will receive a title shot at NWA Worlds Women’s Champion Kamille at the pay-per-view. Unless there’s an upset, Hirsch is likely to go over because The Bunny has been in the roles of valet and glorified talent enhancement. The long vacant NWA Women’s Tag Team Titles will be decided in a match yet to be announced. Impact Knockouts Champion Deonna Purazzo will defend that title against a yet to be named challenger. Jamie Senegal (with Pollo Del Mar) and Tootie Lynn have also been announced for the show. Kylie Rae and JennaCide are also expected to be on it based on the event poster.
There are some people who are not happy with Mickey James’ involvement in the NWA now. She immediately made herself the face and top star of the NWA Women’s Division and NWA Empowerrr in her company debut after being released by WWE this year. She is the producer of Empowerrr but she is not scheduled to wrestle on the show. However, she will be in action the next night at NWA’s 73rd Anniversary pay-per-view event on FITE also in St. Louis against a yet to be named opponent. The feeling is that she’s overshadowing the rest of the women on camera and behind the scenes like her husband NWA Worlds Heavyweight Champion Nick Aldis has the reputation of doing in the men’s division. The running joke among some is “NWA actually stands for Nick’s Wrestling Alliance” and James is another authority figure version of Stephanie McMahon. NWA announcer Joe Galli worked as play by play announcer for some indie shows last month and he name dropped Mickey James and NWA Empowerrr countless times during the women’s matches of those shows even though James was not even at them. 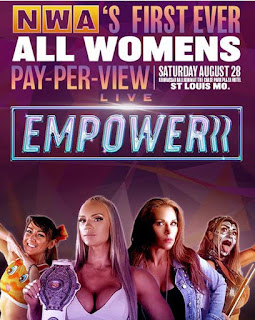