Revolution Pro Wrestling “Queen Of The Ring” Tournament results from Liverpool, U.K. 🇬🇧 at The Commemoration Hall on 7/31/21:

The tournament was part of REV Pro double header shows “Day of Reckoning” and “Live in Huntington 2” which also had men’s matches on the show.

Clementine pinned CHAKARA with a backslide in a tournament match but CHAKARA attacked her in the leg afterwards to try to force her out of the tournament with an injury.

Zoe Lucas pinned Amira Blair in a tournament match after interference from Mariah May. May is the new tag partner and henchmen tor Lucas now that Bobbi Tyler is in NXT UK (as Stevie Turner). They call themselves Dream Dollz. Blair was a last minute substitute for Maria De La Rosa who wasn’t able to make it to the show. 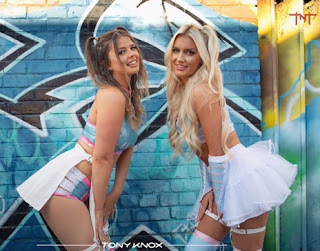 Hyan pinned Mariah May after The Beauty Sleep in a tournament match. America’s Hyan will be in the UK for two months. I’m told the majority of that time will be with REV Pro but she will make a few appearances for other Brit groups. She’s the current Heart of SHIMMER Champion.

Hyan pinned Gisele Shaw in a tournament semifinals match. They showed respect to each other afterwards and Hyan bowed to Shaw.

Zoe Lucas pinned Hyan to win the finals of the Queen Of The Ring Tournament after lots of interference. Mariah May was getting involved and Gisele Shaw tried to stop her. They ended up brawling with each other back to the locker room. It looked like it would be a fair match but then Kenneth Halfpenny and Shaun Jackson ran in and attacked Hyan to help Lucas get the win. They are her new male faction members. Lucas will get a title shot at Undisputed British Women’s Champion Gisele Shaw as the reward of the tournament victory.

On the 8/1/21 show in London at 229 The Venue, there was an in-ring ceremony for Lucas put on by Halfpenny, Jackson and May. Hyan came out to confront them and the segment set up a match between her and May.

Hyan pinned Mariah May after The Beauty Sleep. It was the only women’s match on the card. 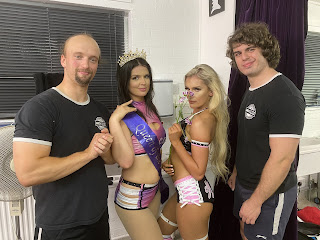 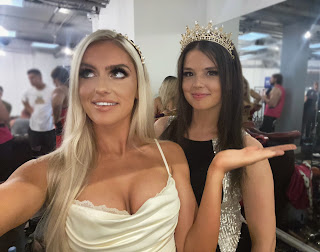