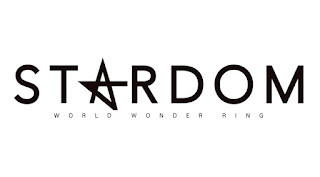 I’m not sure how long this show will be kept up to view on YouTube before it moves over to STARDOM World. It may have been a live only broadcast option. There is no commentary team.

Fukigen Death pinned Himeka in 4:44 of a Red Block Match for 2 points. Bizarre finish as Himeka drove Death into the mat but Death popped right up and rolled Himeka up for the pin. Death has 2 points so far and Himeka has 0 in the tournament.

Future of STARDOM Champion Unagi Sayaka pinned Rina in 9:55 after her forward Gory Bomb finisher. STARDOM executive producer Rossy Ogawa was in the ring with the title for the championship match photo op before the match started. Rina attacked Sayaka before the bell. Sayaka ended up hugging her after the match. 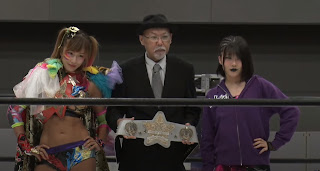 They announced the STARDOM offering matches yet to be announced for the New Japan shows on 9/4 and 9/5 at MetLife Dome will air on New Japan World. Their previous matches at New Japan shows were dark matches that aired on STARDOM World as VOD later.

Mayu Iwatani pinned Lady C after a Moonsault in 9:12. After the match, HAZUKI ran in the ring and got on the mic to speak to Iwatani in a big return angle. She retired from STARDOM on Dec. 24, 2019 but worked the Hana Kimura Memorial Show back on 5/23/21. I’m far from fluent in Japanese, but she told Iwatani she was back to inspire STARDOM. She then handed the mic to Iwatani and left the ring. Iwatani looked shocked and in deep thought to close the segment. 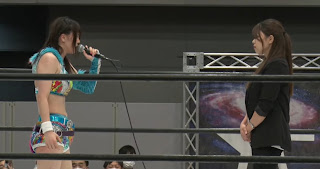 Takumi Iroha pinned Maika after the Running Three  in a Blue Block Match in 13:45 for 2 points. Iroha has 2 points and Maika has 7 points in the tournament so far.

They announced a show in Osaka at Osaka-Jo Hall as part of the company’s 10th Anniversary celebrations on 10/9/21.

Starlight Kid pinned High Soeed Champion NatsuPoi with a Tiger Suplex in 16:59 to win the title. 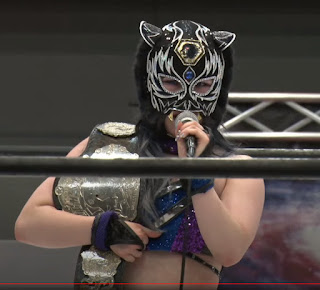 Posted 8/29/2021 03:11:00 AM
Email ThisBlogThis!Share to TwitterShare to FacebookShare to Pinterest